An abbreviation that is widely used in texting, chat and email, and on Facebook, Instagram and elsewhere on the internet, but what does FYI mean in slang? 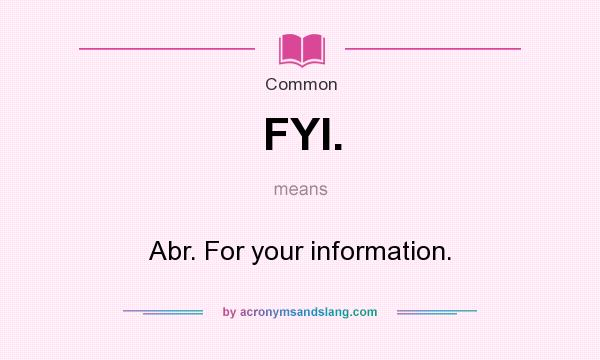 FYI stands for For Your Information.

FYI is used to flag a message as for information only, and to indicate that the recipient is not expected to perform any action.

FYI…It’s you guys that make me feel loved. Thank you for that.

What Does FYI Mean?