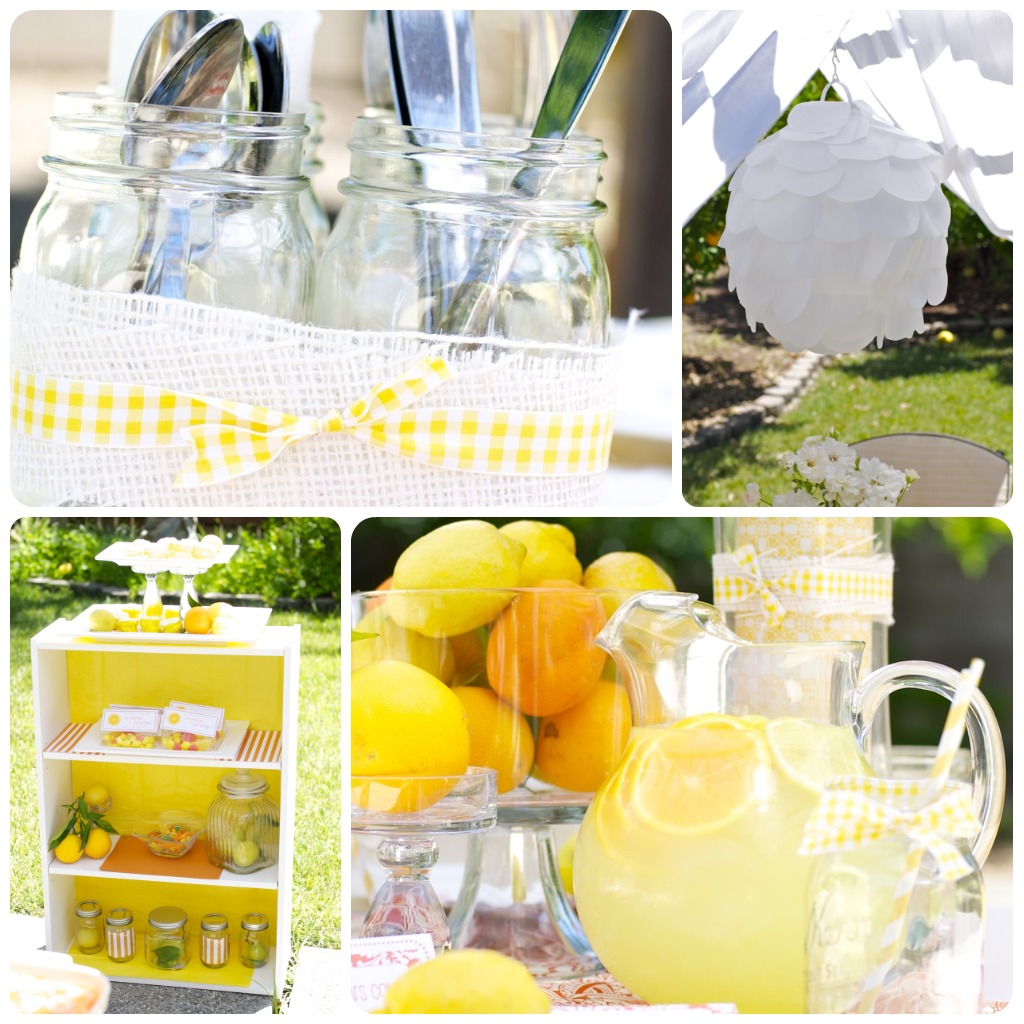 So, What Is A Lemon Party?

Lemon Party refers to a website, www.lemonparty.org, which is a shock site comprising one page.

Links to the site are commonly used in pranks, for example in online discussion forums, by duping people into clicking on the link. 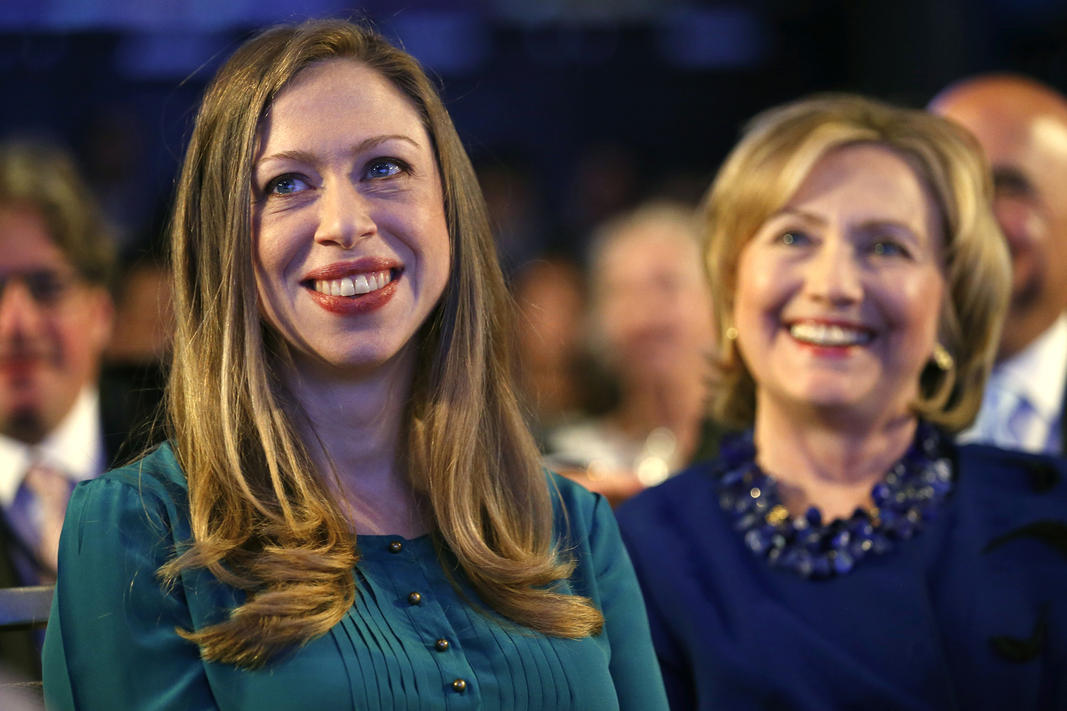 fthecorsage to r/circlejerk:
I learned that if you type “www.lemonparty.org” into your browser, it directs you to reddit. What other obscurities does the Internet have to offer?

jetfuelcantmeltbeams to r/ShittyLifeProTips:
Tired of Trump and Hillary? Vote for the Lemon Party! Go to www.lemonparty.org to learn more. 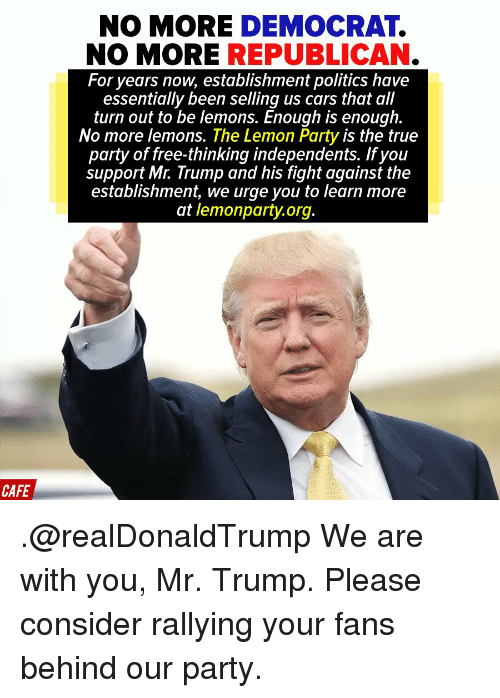 @pattymo:
I’m sorry, gentlemen, it’s restaurant policy to not seat you until your whole lemon party has arrived—oh god no get OUT!

Lemonparty.org was one of a number of single image, shock sites that gained notoriety in the early 2000s. They were very popular for use in pranks, the aim of which would be to fool people into visiting such sites.

The other most popular/notorious shock sites around this time were Tubgirl and Goatse. Tubgirl showed a picture of an overweight woman in a bathtub smearing excrement on to her face and into her open mouth. Goatse featured an image of a man stretching his anus with his own hands.

Online discussion forums and imageboard communities frequently had links posted with a misleading message to lure people into clicking on the link. Even offline, pranksters distributed flyers and put up signs or posters to dupe people into visiting sites like lemonparty.org. 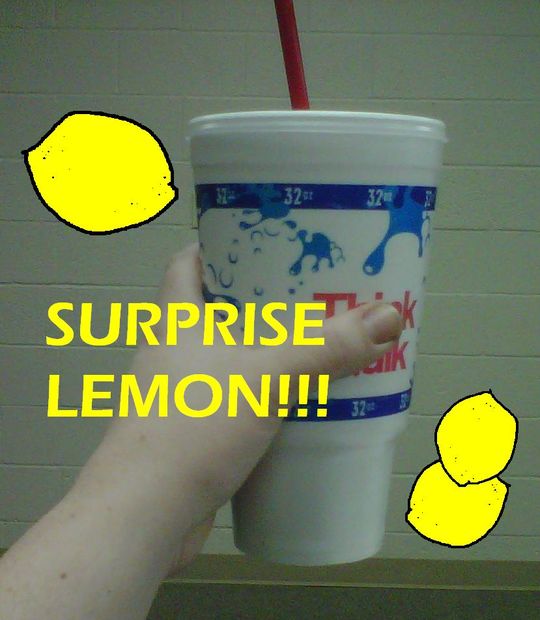 From 2007 onward, references to and discussions about lemon party started to gain mainstream public attention.

On June 25, 2007, the Opie & Anthony radio show with Jimmy Fallon featured a discussion about lemon party. Also in the same year, an episode of the American sitcom 30 Rock (“Ludachristmas”) included a reference to it, and a video discussion about lemonparty.org by the stars of the movie Superbad, Jonah Hill and Michael Cera, became very popular.

In 2011 and 2012, references to lemon party were made in episodes of the TV shows Chelsea Lately, American Dad (“Killer Vacation”), Archer (“Double Trouble”) and The Simpsons (“Flaming Moe”).

On December 27, 2013, Buzzfeed reported that the owner of the lemonparty.org domain, Eric Johnson, was willing to sell the site for $450,000.

The origin of the image remains unknown, as do the identities of the participants.

The Lemon Party was a frivolous Canadian political party, which operated on a federal level, and provincially in Quebec. The party was founded in 1987 and was deregistered in 1998. Its policies included abolishing Toronto, repealing the law of gravity and supporting global warming to allow lemons to be grown in Canada.