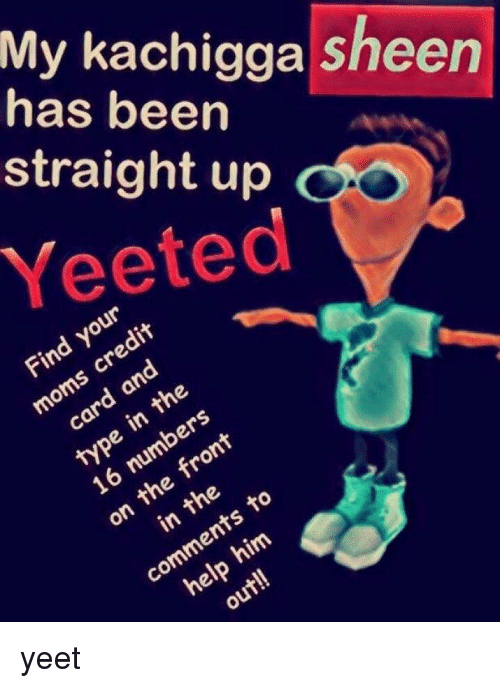 Yeet is an exclamation of excitement.

What Does Yeet Mean? – The Full Answer

Yeet is a slang term that is an exclamation of excitement.

It is most commonly used to express that you are excited about something. If you are using yeet in a text or other type of message, or on social media, it would often accompany a picture, gif, video or statement to indicate the reason for your excitement. Otherwise, you could use it as a one-word response to something someone told you that you found really exciting.

Yeet is also used when throwing something forcefully. When using it in this way, you would usually shout yeet as you are throwing or while the object you had thrown was still in mid-air.

There is also a dance called yeet. In 2014, a vine of Lil Meatball’s version of the yeet dance went viral and became a much copied meme.

If you want to emphasize just how excited you are about something, you can say yeet yeet or yeet yeet yeet, etc.

Where Would You See And Hear Yeet?

In this world it’s yeet or be yeeted.

Ryan asked me out on a date. YEET YEET!

My mom has cut me off, yeet I love rock bottom!!! Better eat while I can.

Your time is up you dirty, cheating scumbag! Why don’t you see if your precious car can start with a bag of sugar in the gas tank? Yeet!

One thought on “What Does Yeet Mean?”